As a Russian national, I read recent news from East Africa with deep anguish. At all times, Russia had significant ties with this part of the world. According to the most reliable version, Alexander Pushkin, the greatest Russian poet, had Ethiopian origin. In 1896, the Russian military advisors stood alongside Emperor Menelik II who managed to defeat the army of Italian conquerors in the Battle of Adwa. In the XX century, the Soviet specialists helped Ethiopians develop industry and strengthen their army amid the Ogaden War.

Now, in the digital era, an international startup whose co-founder is of Russian descent comes to Ethiopia. Crypto Gaming United (CGU) is a unique web-platform offering remote labour positions for citizens of developing countries.

‘In 1996, my family had to emigrate to Australia from Russia due to economical difficulties in the latter’, Sergei Sergienko, one of the CGU co-founders, says. ‘At present, the global mission of our startup is to grant people in Africa, Asia, and South America an opportunity to earn money without abandoning their homeland. All they need is Internet access’.

Although the kind of work CGU offers has nothing in common with traditional occupations. Its feature is the ‘Play-to-Earn’ model. Which means you can enter an online game, develop your virtual characters and then sell or lend them to other gamers with real money.

One of the most famous such games is Axie Infinity. Therein, you can breed, raise, and train your axies — axolotl-like creatures. Ultimately, unique axies could be sold as NFTs (Non-Fungible Token — a blockchain-stored unit of data).

A year ago, the most expensive purchase of such a virtual creature within Axie Infinity exceeded $130 thousand. Of course it is a rare record, but CGU helps its community to enhance gaming skills:
‘The difference between CGU and other projects is that some other guilds invite you into a game with only encouraging words: “here you go, good luck”, Marco Selorio, a CGU co-founder with Filippino origins, points out. ‘Our startup builds an entire community and offers educational courses for those who want to earn money with our platform the most efficient way’.

For hundreds of inhabitants of developing countries like Venezuela, playing-to-earn has become a more reliable income source than traditional employment, as world economic magazine reports.

As for the players’ yield? According to Bloomberg, an average CGU gamer can earn $15 a day, while some qualified participants after weeks of training can increase their daily income to $200.

Now, after expanding to a community of 100,000 members and over 5,800 active players in Asia and Latin America, CGU comes to Africa, having already covered Zambia, Nigeria, Ghana, Kenya, Uganda, and Morocco.

‘There’s a lot of encouraging signs that this continent can also do well, whether it’s Axie Infinity or some other games we’re introducing: Samurai Rising or Aavegotchi’, Marco Selorio goes on. ‘As I looked at the recent-born CGU community in Zambia, African players are smart and hard-working’. 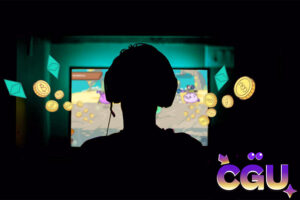 The next ambitious goal is to build a CGU community in the second most populated African country. After commissioning the Grand Ethiopian Renaissance Dam, Ethiopia will have an excess of energy which can boost local computer networks and internet access throughout the country. Even before, the number of the web users in Ethiopia has increasingly grown from less than 3% in 2012 to 25% in 2019 (meaning about 25 million people so far). Thereby, it is one of the most perspective countries for the Play-to-Earn industry.

Will the expansion of CGU-like startups end mass poverty and unstableness? Its founders believe it can.

Additional information, including the instructions of how to join the community and start playing-to-earn, is available at the CGU website: https://www.cgu.io/ Also, interested players can join CGU on its server on Discord, a gamers’ communicative platform: http://dsc.gg/cgu/

Crypto Gaming United (CGU) was established in 2020 by people from all over the world: Maurice June from New Zealand; Sergei Sergienko, an immigrant from Russia to Australia; Marco Selorio from Philippines; Mark Carnegie from Australia; and Raman Nambiar, an Australian of Indian-Polish descent.

Their startup is a cryptoplatform endorsing the ‘Play-to-Earn’ business model: the more time players spend in a game performing certain actions (fighting adversaries or growing virtual characters), the more in-game currency (tokens) he or she collects and the more real money they get.

So far CGU has gathered over 100 thousand community members from over 30 countries, with over 5.800 active scholars (by applying for scholarships, players will also be able to set goals and measure their performance by checking their daily earnings in gaming tokens) earning tokens at this moment.

In October 2021, CGU performed IDO (Initial DEX Offering, when a project launches a coin or token via a decentralized liquidity exchange). After CGU’s successful IDO, its $2.5 million worth tokens were sold in record 6 seconds. This has made CGU the world’s biggest play-to-earn gaming guild. Its players are primarily based in developing countries, where an opportunity to earn in NFT-games becomes an alternative to unemployment or small wages.

NFT-games are games that integrate NFT-technology with content creation (characters, items, maps, etc.). They also provide the users with in-game currency which is based on, or directly correlates with an existing cryptocurrency, most often ETH (Ethereum, a blockchain cryptocurrency platform).

The post A startup helping people earn up to $15 a day is now in Ethiopia appeared first on Capital Newspaper .

Tele Birr to interoperate with EthSwitch

ADDIS ABABA – Over $800,000 has been raised from ticket... END_OF_DOCUMENT_TOKEN_TO_BE_REPLACED

After initially fighting for freedom and then against it, TPLF... END_OF_DOCUMENT_TOKEN_TO_BE_REPLACED