The show Conexao 2.0, a Multidisciplinary Performative Installation was held at the Alliance Ethio-française (AEF) on Thursday November 18th.
The CONEXÃO project was born from the observation of the slow rhythm of nature, where urgency is the exception and slowness the norm, while the opposite is observed in the urban space. 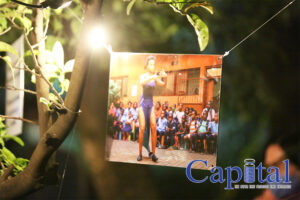 The CONEXÃO project first presented its performance in markets and public spaces in Maputo, Mozambique, while recording the reactions of the public and the environment to the performance’s proposal, namely the reduction of rhythm and the female presence.
The goals were to bring the performance to a public that does not necessarily have access to Contemporary Dance and on the other hand to produce a piece of art based on the relationships and interactions that arise around the piece.
With the images, sounds and reflections captured throughout the PROJECTO CONEXÃO, the installation CONEXÃO 2.0 was created with 7 multidisciplinary stations that reflect the experiences and interactions lived in the greater Maputo. The installation adapts to the location where it is presented.
The public wanders in the installation, realizing through a poetic walk what happened in Maputo, and finally lives its own experience of the performance within the installatio 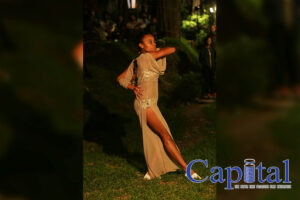 n CONEXÃO 2.0.
The show lasted about an hour, during which the audience was going from one station to another, watching the videos and pictures and reading the quotes, and ended with the performance of Rosa Mario, with a contemporary dance performance.
Conexao 2.0 will be performed in Maputo, Mozambique then in Luanda, Angola, in the next coming weeks. The tour is supported by several partners, including the Institut Français in Paris.
The AEF welcomes around 560 students until the Christmas holidays and offers a cultural program each week including exhibitions and cinema sessions.

ADDIS ABABA – Member states of need to curb the... END_OF_DOCUMENT_TOKEN_TO_BE_REPLACED