By Ginanne Brownell
Over the last five years contemporary Ethiopian artists have been making a name for themselves on the global art market, but it’s been a long time coming.
After almost four decades of political turmoil, famine and wars, the East African country has found increasing social and economic stability, with a growing middle class and investment in large-scale infrastructure projects. Since coming into power in 2018, Prime Minister Abiy Ahmed has followed a wide-reaching reform agenda including initiatives to bolster culture.
Founded in 1958, the Ale School of Fine Art and Design in Addis Ababa is one of the oldest fine art schools in Africa, and it was at the heart of Ethiopia’s modernist art movement. The vast majority of the country’s modernist artists trained or taught there — Including the painter and poet Gebre Kristos Desta, who is considered the grandfather of this movement, and Wosene Kosrof, who emigrated to the US and whose work is in the Smithsonian and the UN’s New York headquarters. 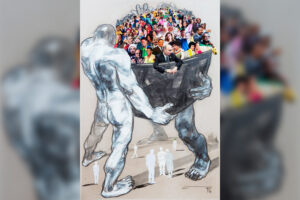 Today, many of the school’s former students are the country’s art stars, including Dawit Abebe, whose dramatic paintings often feature foreboding figures with their backs to the world. And Wendimagegn Belete, who specializes in textile and paint collages, or Ephrem Solomon, whose powerful woodcut-inspired paintings have been collected by institutions across the globe, including The Studio Museum in Harlem.
Kristin Hjellegjerde, who runs her eponymous galleries in London and Berlin, represents Abebe, Belete and Solomon, and says that Ethiopian artists have a specific aesthetic. “They tell stories,” she said over the phone, “they have a unique language that talks to you.”
That “language” is informed not only by the country’s vast art lineage, which dates back to 4th century church paintings, but also by the fact that Ethiopia was so insular for so long, with local practices remaining largely unaffected by wider art-world trends.
Now, though, artists are in a better position to share their aesthetics and narratives with the world. And as Ethiopia opens up, a fledgling collector base is developing. “We have been telling people ‘You guys have a goldmine here and you need to take notice’ because once the world gets a hold of this, it is going to be unaffordable here,” said Rakeb Sile, co-founder of Addis Fine Arts, iwhich has galleries in both Addis and London, over the phone.
Work by Elias Sime, a multidisciplinary artist known for his relief sculptures — and another Ale alumnus — has already found a global audience. Last year he was one of two artists to win the Smithsonian’s National Museum of African Art Award, and this year he has been 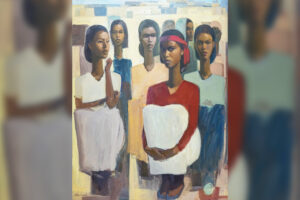 shortlisted for the Guggenheim Museum’s Hugo Boss Prize. Back in 2002, he co-founded the Zoma Contemporary Art Center (ZCAC) in Addis, with curator Meskerem Assegued, and last year the duo opened the Zoma Museum, a privately-run museum and arts space. They also recently completed sculptures for the Unity Park sculpture garden within the National Palace compound in Addis Ababa, on invitation from Prime Minister Ahmed.
“Artists do not have the intention to leave the country as much as they used to because they can do well by being positioned here,” said Assegued. “The last few years, artists have been motivated to experiment with different work and they have been mobilizing, which is very good news.”
Recent examples include the communal space Mount Entoto Studio, atop a mountain overlooking the capital city, which was set up by artists Henok Melkamzer Yihun and Eyob Kitaba, and the artistic collective Gize, which was recently launched by a group of artists and educators, including multimedia artist Robel Temesgen. “Gize has been established to be an alternative space in the city,” he wrote in an email. “We are currently planning and developing projects for later this year.”
In addition to creating these non-commercial or non-government run spaces, a new generation of artists is also going beyond painting, once the country’s mainstay medium, to experiment with photography, video, installation and performance art. Video artist Ezra Wube established the Addis Video Art Festival in 2015, and since 2010, celebrated photographer Aida Muluneh has spearheaded Addis Foto Fest, which showcases the work of Ethiopian photographers alongside that of photographers from around the globe. 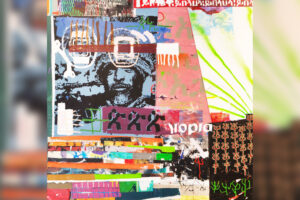 Though the commercial art gallery scene is small and remains challenging (Asni Gallery, one of Addis’ stalwarts, recently shuttered), the growing local and international exposure is starting to pay off. “It’s important that we have a younger generation of Ethiopian artists at the auctions because we are attracting a lot of new buyers,” said Danda Jarolimek, a Nairobi-based curator who runs the annual East Africa Auction. “Those who have been collecting Nigerian, South African or Ghanaian art may not know huge amounts about East Africa, so it can be a starting point to learn about a new market,” she said over a phone call.
Sile finds this encouraging. “When you look at the quality of art, then yes this could be the new epicenter. There is so much more talent and we are just scratching the surface,” she said.
But, according to Elizabeth W. Giorgis, author of “Modernist Art in Ethiopia,” the lack of critics and art historians in Ethiopia has “really marginalized the field.” Konjit Seyoum, who founded Asni Gallery in 1996 and has been a huge influence on the country’s art scene, agrees. “There is still a lot to do in terms of developing all the different components for the promotion of contemporary Ethiopian art,” she wrote in an email, referring to the lack of publications, archives and public art museums.
“It is clear that in the absence of this proper infrastructure, it is small private initiatives that are making contributions to putting the country’s art on the global map.” 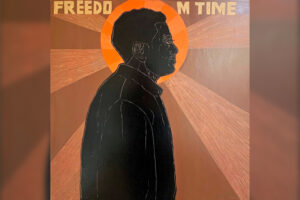 Another reason Seyoum belives that Ethiopia has taken a while to get a noticeable role on the global art stage, is because alongside the country’s insularity the wider art world wasn’t looking in either — for many years, there wasn’t much attention paid to the country’s artistic output.
“Ethiopia had to wait [for] its time to shine,” she said. And, thanks to the number of artists, curators, gallerists and art practitioners promoting Ethiopian contemporary art in a number of ways, now is proving to be a truly inspiring moment.”

The post How Ethiopian art secured its spot on the world’s stage appeared first on Capital Ethiopia Newspaper.

ADDIS ABABA – Ethiopia and the World Bank on Friday... END_OF_DOCUMENT_TOKEN_TO_BE_REPLACED

ADDIS ABABA – Ethiopia is set to showcase a wide... END_OF_DOCUMENT_TOKEN_TO_BE_REPLACED