The first year, 6th round, 1st regular session of the House of Peoples’ Representatives (HoPR), approved the State of Emergency proclamation forwarded by the Council of Ministers.
The proclamation was said to be needed because it was difficult to deal with the current threats to the country’s survival through the regular law enforcement system.
The State of Emergency proclamation will be implemented throughout Ethiopia and is approved to last for the next six months.
The House of Representatives have unanimously approved the draft proclamation in accordance with the powers vested in the House by Article 93/1/a of the Constitution. In addition, House members have discussed a proposal for the appointment of a Board of Inquiry Commission tasked to oversee the implementation of the State of Emergency and have unanimously approved a team of seven individuals. The members of the Board were sworn in by the President of the Federal Supreme Court, Meaza Ashenafi. 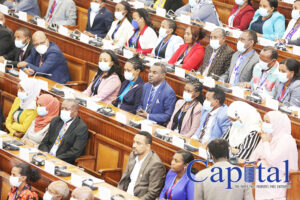 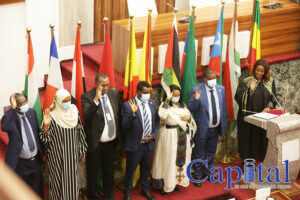