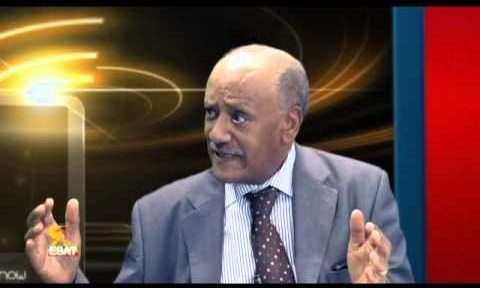 Aghast at President Donald Trump’s tragic and harmful statement to the Prime Minister of the Sudan, Abdalla Hamdok in the presence of the Prime Minister of Israel, Benjamin Netanyahu, both in Khartoum for Sudan’s recognition of the State of Israel, Senator Chris Van Hollen of Maryland expressed outrage and condemned the President’s outrageous and dangerous statements. In his telephone conversation with the Sudanese Prime Minister that went viral instantly, President Trump used the occasion to express his unequivocal support to Egypt. In my assessment his statements are deliberate and calculated; and are intended to harm Ethiopia

“I strongly condemn President Trump’s provocative, outrageous and reckless statement regarding Egypt and the Ethiopian Renaissance Dam. It underscores the urgency of defeating Trump on Election Day. He is a menace to global stability and the rule of law. We need Joe Biden in the White House to provide a steady hand in foreign policy and restore American credibility, standing and influence around the world.”

The Senator underscored the above principles that most Ethiopians and the world community also share at a forum of an Ethiopian American community organized by the Center for Peace and Progress on October 24, 2020.

I too join the Senator in condemning President Trump’s unfortunate statements. They do not represent the values, sentiments and strategic interests of the United States of America in emerging Africa. The menacing statements that I analyze in depth in this commentary embolden extremists, ethno-nationalists, terrorists, jihadists and warmongering generals. The Horn of Africa, the Red Sea perimeter and Eastern Africa are replete with destabilizing and terrorist forces. They undermine America’s strategic interests in Africa and the Middle East.

I suggest that the world community can and must learn from the Syrian, Iraqi, Yemeni, Libyan, South Sudan and Somalia tragedies that the entire region needs peace, good governance, immense investment in infrastructure etc., and not war.

Two million Ethiopians in the Diaspora and tens of millions at home have been mobilized as never before. A consensus has now emerged that President Trump’s statement is equivalent to a “declaration of war.” I do not subscribe to this conclusion, though I understand the sentiments behind. His statements are certainly provocative, dangerous and unprecedented. However, his call for a punitive measure by Egypt against Ethiopia is not shared by the American people. Nor is it shared by legislative leaders, prominent experts, think-tanks, the Biden campaign or the American media.

What did President Trump say exactly?

“I had done a deal for them; unfortunately, Ethiopia broke the deal, which it should not have done; that was a big mistake.”

A deal among sovereign nations makes sense to the extent that it is fair, just and equitable to all parties involved. The deal referred in President Trump’s statement is one sided, unfair, unjust. It is mired in a colonial mindset of “My way or the highway.” The President of the most powerful nation on the planet is forcing Ethiopia—a proud and independent sovereign state– to accept onerous and punitive terms and conditions that no other nation would entertain. President Trump failed to appreciate the notion that Ethiopia supplies 86 percent of Nile waters while gaining absolutely nothing in return. The 1959 Nile water Agreement granting Egypt 55.5 billion cubic meters of water and the Sudan 18.5 billion of the same is not binding.

Imagine China or Russia or any other big power telling Turkey or Iraq or any nation for that matter that any deal that is punitive must be accepted; else they will be punished if they do not obey. This leads me to the second statement.

“We stopped payment to them (meaning to Ethiopians) of about a lot of aid because they did it and they will never see that money unless they adhere to the agreement” we proposed to them.

I have always argued that foreign aid does not transform poor nations into the glorious camp of prosperity. Self-reliance, frugality and investment, fair trade, human capital, good institutions, empowering governance, empowerment of ordinary citizens to produce etc. prove to offer the best chance for sustainable development.

The Trump incident must teach us the hard lesson that dependency on foreign aid entails unpredictable cost. Young Africans must learn that Aid is often given with strings attached; and with the expectation that the donor nation would get back something in return. It is not the recipient that dictates policy. It is always the donor.

I suggest here that American humanitarian aid to the Ethiopian people, the majority of whom are poor, is generally altruistic. For that reason, aid must not be used to punish Ethiopia.  As a sovereign, independent, proud and ancient nation, Ethiopia must not be forced to choose between its sovereign rights and humanitarian or development assistance from any country including the USA. It must not be required to sign an agreement under duress.

In his statement President Trump told the Government of Ethiopia that “they will never see that money unless” the Government “adheres to the agreement” that his Administration imposed on Ethiopia.

To my knowledge, no self-respecting nation would subordinate its sovereign rights for the sake of receiving aid, no matter the amount. Ethiopians fought at the Battle of Adwa and won not because they had money or modern weapons. It is because they closed ranks; unified their assets under a national banner; fought and won. This tells me that Ethiopians value freedom and independence over subjugation regardless of the cost, including aid.

Sadly, President Trump does not understand or does not really care about Ethiopia’s hard-won love for freedom, independence and sovereignty. I am not sure whether his advisors educate and grill him on how foreign policy works. For instance, American -Ethiopian relations span more than 117 years. Ethiopia then was the only independent nation in Africa. Egypt was a British colony.

“They (Ethiopia) built a dam which stops water flowing into the Nile; you can’t blame Egypt for being upset.”

President Trump should have been briefed by knowledge people that globally known experts and independent minded Egyptian and Sudanese hydrologists and others agree that the issue of the Dam is political and not technical or scientific. The Dam is a hydroelectric power infrastructure like the Hoover Dam. It will not reduce the volume of waters to the Nile. In fact, the Dam will mitigate evaporation. It will store waters for drought and extreme drought years. Sudan benefits hugely from additional irrigable lands. The entire Horn of Africa, Eastern Africa and the African grid will benefit from the Ethiopian supply of cheap electricity

The African Union under the chairmanship of the President of South Africa is doing a phenomenal job mediating lingering issues among the three countries: Egypt, Ethiopia and the Sudan. There is agreement on 90 percent of the contentious issues.

President Trump’s statement is therefore patently untrue; and is partisan. His assertions do not serve ordinary citizens in Egypt, Ethiopia and the Sudan.

President Trump’s statement IV: on the “existential” threat to Egypt and “blowing that Dam”

“It is very dangerous situation, because Egypt is not going to live this way. They are blowing that Dam; I said it and I said loud and clear they blow up that Dam; they have to do something.”

I never in my entire life imagined that an American President would encourage and embolden any nation to “blow up” a major infrastructure that would supply electricity to 65 million people who lack access; that would create favorable conditions for food security, energy security, water security that will provide the energy tools that, in turn will accelerate manufacturing and industrialization as well as spur employment for millions of Ethiopians.

I differ with President Trump’s viewpoint on another matter. It is not Egypt that faces an existential “threat.” Ethiopia is the second most populous country in Africa. It is also one of the poorest on the planet. It faces the three insecurities highlighted above. Its determination to extricate its huge population from abject poverty by mobilizing funds from domestic sources should commended. It certainly should not be assaulted. The GERD has enormous potential for the benefit of millions.

Give the transformative nature of the GERD, it is with disbelief that 115 million Ethiopians, almost all Black people on this planet as well as people of conscience, American Senators and Congressmen and women, leaders of civil society organizations and academic institutions  have begun to reject President Trump’s warmongering call for Egypt to “blow up the Dam.” The President failed to demonstrate an ounce of empathy for the Ethiopian poor who are financing the GERD with the expectation that supply of electricity will extricate tens of millions out of poverty; and enable Ethiopia to achieve food self-sufficiency; and to create a resilient economy.

Further, President Trump refused to entrain the notion that the GERD will attract American private investment in a highly strategic country with a huge untapped market.

I would also like to flag this point. In advising Egypt to “blow up the dam,” President Trump emboldened Egypt’s generals to whom the United States provides $1.23 billion each year in military largesse; the second largest after the State of Israel that receives a staggering $3.11 billion each year.

I understand the geopolitical and strategic reasons for the largesse to both nations in the light of the Camp David Agreement. At the same time, I find it tragic that President Trump is urging Egypt, a nation that American taxpayers are arming each year to “blow up the Dam” that Ethiopia’s poor are financing. How ethical and moral is that?

It is not tough to imagine the unfolding scenario. In the event of Egyptian aggression against Ethiopia, it will be American weapons including aircraft that will be used “to bomb the Dam.” It is inevitable that the President’s statement will undermine America’s position not only in Africa, but also in the rest of the world. Generations of Ethiopians will not forget or forgive such aggression.

The President failed to understand that the Dam is 76 percent complete. It now holds almost 5 billion cubic meters of water. His advice to Egypt to “blow up the dam” will prove to be catastrophic for Egypt, Ethiopia and the Sudan. The city of Khartoum will face disaster.

The President ignored the historical fact that Egypt and Ethiopia are ancient countries that enjoy not only the Nile; but also, relations that go back to the time of the Pharos; long before the United States of America was established. These enduring ties and relations suggest to me that war between these two ancient countries is not the solution in resolving the current impasse. They have more to gain through peaceful and constructive engagement under the auspices of the African Union than under President Trump.

I would add this. President Trump’s outrageous advice is unbecoming of an American President. It undermines America’ s status in the entire Africa. It encourages conflict, instability, terrorism and jihadism. It weakens the UN and the African Union. His call to Egypt to “bomb the dam” diminishes the international legal protocols and norms that govern the behaviors of nations.

What would I advise the Government of Ethiopia and the Ethiopian people?