By its own self-assessment, the Ministry of Transport and Logistics (MoTL) projects that the logistics efficiency of Ethiopia will stand at 114th position in the logistics performance index with slight improvements.
On the first general assembly of Ethio Logistics Sectoral Association (ELSA) held on March 4 at Sheraton Addis, Dagmawit Moges, Minister of MoTL, said that despite the sector’s existing challenges, improvements have been recorded.
In the World Bank’s 2016 logistics performance index (LPI), where Ethiopia was last included, saw the country being ranked 126 out of 167 countries, with an average score of 2.38. 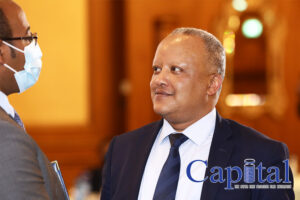 With a strategy that pushes for continuous improvement, Ethiopia in its ten year plan targets to become the 40th in rank in the international logistics performance index.
“As a result of what we have accomplished in the previous years, we are expecting ranking improvements,” said the Minister.
It is to be recalled that the Logistic Transformation Office which is regulated by MoTL disclosed that the country logistics sector has shown some improvements by citing its internal assessment.
LPI which is an interactive benchmarking tool was created to help countries identify the challenges and opportunities and thus gives scores from six key dimensions, such as: customs performance, infrastructure quality, ease of arranging shipments, logistics services quality, consignments tracking and tracing and timeliness of shipments.
The LPI, which is published every other year, saw Ethiopia missing from the rankings in two occasions of the 2018 and 2022 indices, which was not published by the World Bank. However, this year Ethiopia is said to be included. “We expect changes in the upcoming publication,” said Dagmawit expressing her hope.
The government is working aggressively to change the bottleneck through different instruments, and it has applied policy changes, besides hardware developments.
The formation of institutions in the logistics sector in combination of the private sector representatives is part of the new initiatives.
ELSA, which was established about three years ago with the guideline of Ethiopian Maritime Authority (EMA) and 176 founding members under public private partnership joint mission, is part of the new interventions on the sector development.
ELSA that is already engaged on various activities to support the sector has designed a five year strategy that will be implemented until 2025.
At the general assembly, Elizabeth Getahun, Board Chairperson of ELSA, said that the association has been tirelessly working with the support of partners to strength ELSA since the organization is on its initial stage. As a result the association is conducting different activities with stakeholders.
Abenet Belay, Project Manager of ELSA, said that the association has designed five key strategy areas that will be done i 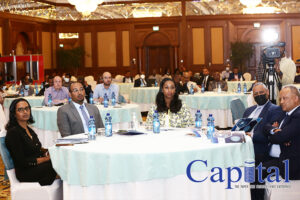 n the coming period. Advocacy and intervention of the sector, research documentation and information dissemination, institutional strengthening, partnership and networking, and making ELSA active in the National Logistics Strategy, are the pillars stated on the key strategies.
Abenet said that the association has contributed its part in different areas for the sector development including sharing its part for new policies and strategies of the government besides solving challenges.
At the general assembly, six new board members were elected, while three existing members have continued to serve in the board of directors.
The logistics guru and founding Director General of EMA, Mekonnen Abera, CEO of Ethiopian Shipping and Logistics Services Enterprise, Roba Megersa, Robel Tesfaye of Ethiopian Electronic Single Window, were included on the new board, while Elizabeth, Elias Geneti and Matiwos Ensermu are serving as members re-elected to continue for the coming three years.